Ayesha Siddiqa, the author of “Military Inc: Inside Pakistan’s Military Economy” writes that there are Pakistani Military runs thousands of businesses under the “welfare foundation” which worth tens of billions of dollars, covering from petrol pumps to sprawling industrial plants.

Ayesha Siddiqa told AL Jazeera that “these lawmakers are negotiating with the military and despite populist politics, and calls for civilian rule, they are still tending to support the military”.

Syed Arif Hassan, the managing director of the “fauji Foundation” denied Siddiqa’s claim that political control is a factor in response to a question if there was a conflict of interest in the army’s penetration into society. Hasan believes there is nothing wrong with the army’s commercial interests as it generates welfare schemes for retired soldiers.

In July 2016, Senate was provided a detail of commercial entities run by armed forces in different wings in the country. Later, the Defense Minister Khawaja Asif explained that there are nearly 50 projects and housing colonies functioning under the Fauji Foundation, which include Shaheen Foundation, Bahira Foundation, Defense Housing Authorities (DHAs) and Army Welfare Trust (AWT).  (DAWN) 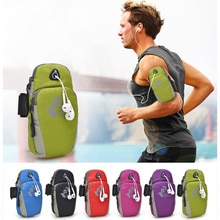 Conferring to the details provided in the response, there are a total eight DHAs in major cities which include Karachi, Lahore, Rawalpindi, Islamabad, Multan, Gujranwala, Bahawalpur, Quetta, and Peshawar.

The security services claim that they can run such an organization far better than incompetent and corrupt civilians in their view.

How to make money with blogging