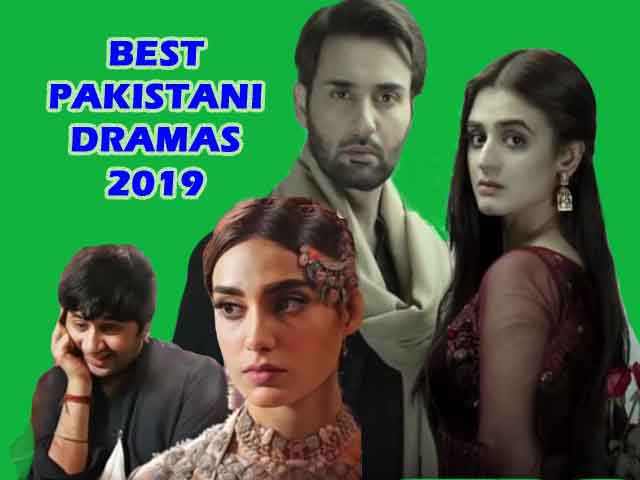 Pakistani dramas are watched throughout the world. Due to hard working characters and all industry aspirants, these dramas stand in the list of best dramas. Credit also goes to modern technology which makes it easy for people around the world to access it easily. These top 10 best Pakistani dramas 2019 mean that they are best from every angle. They present one of the best creative works and convinced the people by their best life lessons. They are standing in the top trend of world social media, which tells us that every person in society whether heor she is young or old, male or female, kid or adult no matter they keen to watch it. Whereas these dramas enclosed every aspect of modern society: culture, tradition, family life, friends, for away from home, different issues facing by society and family.

The first in the list of best Pakistani dramas 2019 is Yaariyan. This drama serial first aired on June 19, 2019, and run every Friday on geo tv at 8 pm. Yaariyan broke all the records of ratings. Indeed, This is a very famous and heart touching drama of the Geo TV channel, many people in the country and of the country liked this drama by its entertainment value. Moreover, the drama is full of emotions and love. The drama features a stellar cast and amazing storyline, the credit goes to Samia Ejaz. Even those people who don’t want to watch dramas are now highly involved watching such dramas.

This drama revolves around two characters who apart from each other in their personality, behavior, attitude, mannerisms, and approach to life. one character shows more respect and love to the other, but in response, he receives no love, cooperation, and respect, because of selfishness. Moreover, the drama has a great lesson entitled to a society that how some people by mean they ignored others, they show their sign of materialistic. It is full of big names. The cast included Junaid khan, Muneeb butt, Hina bayat, Mehmood Aslam, and Shagufta Bhatti and Moomal sheik in it.

This drama started on Hum TV from 21 June 2019. The series focuses on Dissociative identity disorder portrayed by Zahid Ahmad along with Sonya Hussain and Sami khan. People are taking a huge interest in watching this drama. This drama is famous for its suspense. People used to think about the upcoming episode and they think what will happen, for that they wait deliberately because of suspense. The drama has been written by diverse writer Hashim Nadeem who is also a successful series of Khuda our Mohabbat to his credit. He was also honored with the AWARD OF PRIDE OF PERFORMANCE for his work. Zahid Ahmad’s performance in this drama hailed as the best performance of his career. A lot of twists and turns make this drama more interesting.

Suno Chanda Chanda is a comedy-drama that revolves around Farhan Saeed and Iqra Aziz’s characters, showcasing a cousin marriage. A family member dying wish and the love-hate relationship within a joint family.in this drama, they showed us how people within joint families behave and how their affairs work. This drama has earned mostly positive reviews from the audience and they are not too happy that it is almost over in the last episodes. Suno Chanda also bagged an award at Hum TV award. Indeed there were very few dramas that entertain the viewer’s truly and one of them was Suno Chanda 2. Both the characters Tallish and Farooq’s addition were the most beautiful addition to this serial.it was the kind of serial which keep engaging the viewer till the end.

This drama was released on 7 august 2019. In this drama, Noor Hassan, Sanam Chaudhry, and Saad Qureshi play an eye-catching role and create a beautiful impact on watchers by their hard work. Meer Abru drama revolves around a middle-class girl, Abru who tries to win breed for her family and Meer and the upper-class guy who consider as the owner of the Murad industry. Both characters play an excellent role to make this drama one of the best. Meer Abru also had an engaging screenplay. This was also its biggest strength. It was one of the most-watched drama of 2019.beside all the characters, the writer of the story contributed equally to the success of this drama.it was also full of emotional and light entertainment.

Khaas drama was released on 17 April 2019 and their original network was Hum TV. At first, people dislike this drama and they didn’t give much attention to this drama. They consider this drama as a progressing story. But when it progresses and it tells about the issue which our society doesn’t take into account that was an abusive marriage. In addition, the drama Khaas conveys a very serious and beautiful message in this drama serial khaas. whereas the name “khaas” tells us that there is something important in this story. After some time the impact of this drama was unbelievable. People’s interest increases day by day as the drama continued. The script was written beautifully and stood unmatchable against other dramas scripts. All the characters, especially, Ali, Rehman, HiraTareen, and HaroonShahid gave exceptional performances in this drama serial.

Do Bol is a romantic drama serial premiered on ARY Digital from march 5 2019 to May 5, 2019. Do Bol is the story of two individuals from different backgrounds who became the victims of their circumstances and are destined to spend their whole lives with each other. This drama also tells us one of the exceptional stories due to which this drama ranked among the best dramas. Its story is simple but though people took a lot of interest in watching this drama.

The drama produced by the two biggest production houses in the country. Indeed It was composed of beautiful and meaningful stories and a good lesson for those people who have different backgrounds. People were involved in the story of this drama. It was a kind of drama which is worth watchable.

Ehd e Wafa serial premiered on Hum TV from September 22, 2019. It was a more than a family entertainment drama. primarily a military and patriotic drama and it’s was the beautiful story of childhood friends. Osman Khalid butt, Ahmad Razamir, Ahmad Ali, and Wahaj Ali played a beautiful role in this drama which becomes in top trend dramas. Alizah Shah Zara Noor also performed a key role as a female artist in this drama. This drama also breaks the all-time viewers’ records on YouTube channel. The location of numerous places: Islamabad, Murree, Abbottabad, and Lahore also added a beautiful and attractive image to this drama. Unlike other dramas, this one does not deal with marital issues.

Ehd e Wafa deals with the life of four friends. These friends came from completely different backgrounds. Each track of this drama produces something new and fresh. All the character’s hard work, story related to modern youth, and for those who are spending lives in the army, which make this drama exceptional from other dramas and ranked among one the top drama of 2019.

Alif is a Pakistani spiritual/romance drama TV series created by Sana Shahnawa and Samina Humayun Saeed. It was released on 5th October 2019. Its production location is Karachi, and Istanbul(Turkey). Alif is an Umera Ahmad’s latest beautiful novel, the story takes place in a beautiful hilltop town of turkey.

This story is about 8 year’s boy who dreams of the whirling dervish every night. Indeed the story is filled with his dreams and unanswered questions, he writes to Allah Almighty every day. Moreover, Alif was the most awaited drama. The reason why it was the most awaited drama, because of the comeback of Hamzaaliabbasi. Undoubtedly he was making a comeback on television after a long time. Alif’s storyline was a key to success as well as their characters especially Hamza Ali abbasi come back. Last but not least This was one of the most watchable dramas on Geo TV and grab the people’s interest in a short period of time. All the characters played an important role in this drama.

Mere pass tum hu, released on 17 August 2019. A romantic drama television series produced by Humayun Saeed and Shahzad Nasib. This drama is a true story that makes this drama more interesting and beautiful. Humayun Saeed, who is making headlines for the umpteenth time in his career for his role in the trending drama mary pass tum ho, revealed that this drama is, infect based on a true story. It airs on Ary Digital.

This drama also broke the previous records of ratings. Nonetheless, these records set by the previous many good dramas. Especially Mere pass tum ho continues to hold the interest of the people and now it is on the trend on the youtube channel. Above all the dialogues used were amazing and usually loved by the general public. In addition, the mind-blowing performance of all the characters and the story writer made this drama one of the best dramas of the modern era. Undoubtedly the performance of Humayun Saeed, Ayeza Khan, and Adnan Siddiqui’s made this drama a treat to watch for the viewers. The drama gained huge popularity. People gave a life example from this drama to other people.

Last but not least in the list of best Pakistani dramas 2019 Ranjharanjhakardi was originally released on 3 November 2018- 1 June 2019. undoubtedly this drama emerged as one of the most iconic dramas in Pakistan’s television history. Moreover, the story of Ranjharanjhakardi revolves around a beautiful and idealistic girl, Noori, played by the cute MominaAayla, where her adult role is played by the spectacular Iqra Aziz. Whereas Noori belongs to a poor family, whose parents live by picking garbage from the streets. Furthermore, Noori was not comfortable with the environment she lives in. Lastly, On the release of the first episode, the viewers reached above 10 million on Youtube.

After gaining immense popularity on social media. This drama stood out with its absolute brilliance dialogues, sublime screen paly, and beautiful script writing. Imran Ashraf performance as Bhola, Iqraaziz performance as Noori, Asma Abbasi performance as Ammajee dealing with hidden social issues, such as awareness about mentally challenged people, wrong perception in the society, misinterpretation of Islam and some other very strong messages make this dram one of the most beautiful and top trend drama nowadays. Ranjha Kanahja Kardi story was unusual and intriguing. There were few dramas which left an over lasting impression, this was defiantly one of them. This dram gives the viewers some of the most memorable characters. Its story discussed everywhere people preferred this drama when talking about other dramas.

At the end of best Pakistani dramas 2019

Form the above discussion we can easily conclude that why we have included these dramas in the best Pakistani dramas 2019 list, because of their exceptional script, charters role, hard work and the stories which reflect modern societies. This drama loved by the people throughout the globe. This is very necessary that every person should watch these dramas once in a lifetime if he or she wants to know about the real picture of the societies issues, family lives, friend lives and the lives of those from different backgrounds.