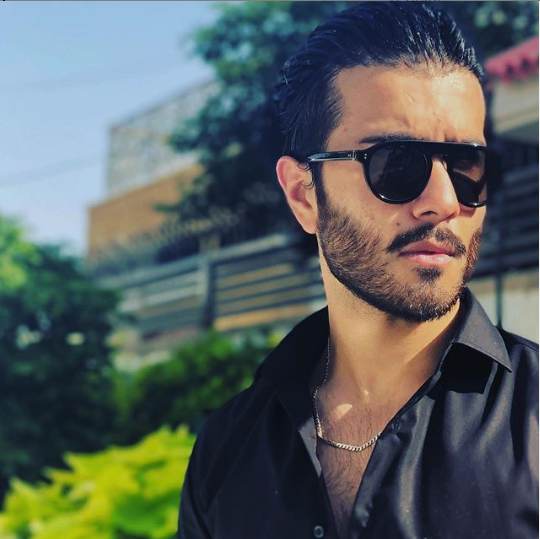 Feroz khan is a dashing Pakistan television actor born in Quetta Pakistan on 11 June 1990. Feroz khan came to Karachi for his showbiz career. He started his career as a video jockey on ARY Musik and later developed into a hunk actor in Pakistan. Feroz khan started gaining a massive fan following after the success of his drama serial “Khaani” and also because of his good looks and body

Feroz khan started his acting with the show “Chup Raho:” along with his co-artist Sajal Ali in 2014 broadcasted on ARY Digital.

He also worked with a famous actress Ayeza khan in drama serial “Bikhra Mera Naseeb”. His fabulous acting in drama serial “Gul-e-Rana with Sajal Ali got great appreciation from the viewers.

Their perfect match resulted in the signing of his first movies “Zindagi Kitni Haseen Hay” with stunning and beautiful actress Sajal Ali in 2016. In the Pakistan television industry, They are considered as one of the most feasible joins.

In 2018, Feroz khan and Sana Javed’s outstanding performance in Drama serial Khaani made it blockbuster. Due to its remarkable dialogues and story, the drama seems to be enjoyed by the viewers.

He is very close to his family members, especially to his mother. His two sisters Dua Malik and Humaima Malick were once part of the showbiz industry before he entered the industry.

on his twitter account, the stunning actor shared the news of his son and said that it’s a blessed Friday for his family.

The stunning actor got married in 2018 with a beautiful young lady Aliza Fatima Raza. sHe doesn’t have any association with the television industry.

He does a bachelor’s in arts.

He has worked in several TV plugs and done numerous photoshoots for various mold planners and designer brands. He also worked in the music video of the tune “Principle Hosh Mein Tha” by Sohail Haider as a model.

he has performed in one movie “Zindagi Kitni Haseen Hai”.

he is the younger brother of two well-known TV stars and Models Humaima Malik and Dua Malik.

he was born in Quetta and the settled in Karachi

he is keen on riding motorbikes and horse

having a kind and generous personality with a big friends circle

Skymovies in Latest movies to watch and download for free

Best Pakistani dramas in 2019 that you should watch