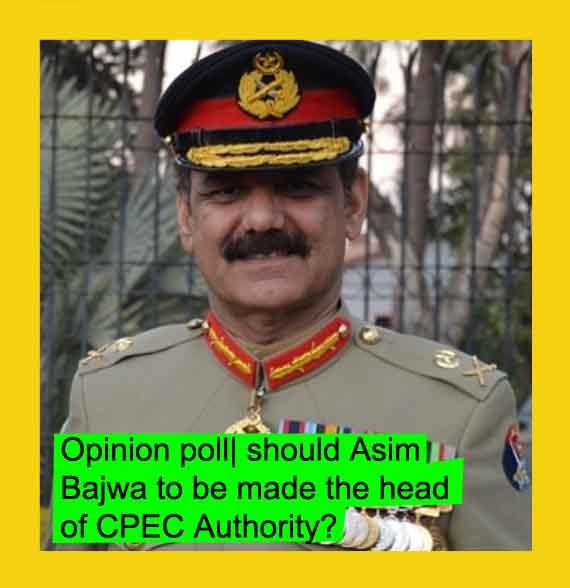 should Asim Bajwa to be made the head of CPEC Authority

Lieutenant General Asim Bajwa (r) is to be appointed as the head of the China-Pakistan Economic Corridor Authority (CPECA) a summary had been sent to the federal cabinet for approval, which will be decided in the next meeting on Monday.

Prime Minister Imran Khan back in August had announced that the federal government is working to form a China-Pakistan Economic Corridor Authority to confirm the timely completion of corridor’s projects.

General Asim Saleem Bajwa was Commander Southern Command prior to that he also served as Director-General of (ISPR). He is an (r) three-star general who was honored with the Tamgha-e-Basalt and HIlal-e-Imtiaz for his services.

The Future of Ecommerce in Pakistan