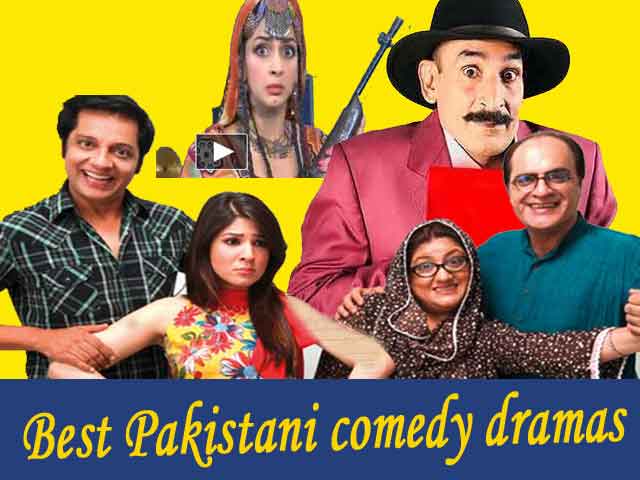 Best Pakistani comedy dramas list that you must watch

There is no doubt about the fact that Pakistani comedy dramas have always been love to watch and are enormously respected by the admirers. In addition, you may know that Comedy is a kind that never gets old or dull. Subsequently, the Pakistani television world has observed numerous comedy-dramas in its custody.

Let’s not forget that we have had some of the funniest and best comedies that never failed to make us refresh and laugh. Scroll down to catch the list of best and top Pakistani comedy-drama list.

Suno Chanda was a Pakistani romantic comedy-dramas that aired on Hum TV. Written by Saima Akram and directed by Ahson Talish. Following the story is about Jiya and Arsal. Who are in Nikaah but their Rukhsati is not yet occurred. They are in contradiction of the marriage and fight with each other, but later they realize that they can’t live without each other.

Funkari is a Pakistani romantic comedy-dramas with suspense story that aired on TV ONE. subsequently, The drama directed by Asghar Mirza and written by Mustafa Hashmi.

A Pakistani comedy-drama aired on ARY Digital Network in 2018. Directed by Kashif Saleem. in 2018 on women’s day, a banner in the ” Aurat March inspired this drama.

PTV news aired this Pakistani comedy-dramas “The family front” directed by Waseem Abbas and written by Muhammad Younis Butt. This comedy show became highly popular among the public and ran for many TV terms.

Joru Ka Ghulam is a Pakistani funny drama aired on GEO TV in 2016. Written by Seema Ghazal and Directed by Syed Atif Hussain. The story is about a strict man, Moazzam, and his family. He is strict because of the people who attacked his family when his sister left her house due to her love, he began to hate women. In the end, Moazzam died begging for an apology.

Rangeelay was a famous family comedy-dramas aired on Hum TV in 2013. Directed by Khurram Abbas and written by Wajahat Rauf. especially The serial includes fresh blood and some popular names of the industry.

Ladies Park is a Pakistani comedy-dramas aired on GEO TV in 2011. Directed by Nadeem Baig and written by Muhammad Younis Butt. Following the lives of four couples and their trials and troubles.

Another best Pakistani funny dramas who gained big admiration from the public. GEO TV broadcasted This drama. The performance of Bushra Ansari stoles the whole show.

PTV aired the comedy-dramas Fifty Fifty in the 1980s. Shoaib Mansoor directed this drama which earned great fame because of funny dialogues.

ARY Digital aired this drama serial in 2012 after its initial telecast this drama earned fame. directed by Mazhar Moin and written by Fasi Bari Khan.

This was the list of Best Pakistani comedy-dramas. Furthermore, we believe the Pakistan television industry will produce some amazing funny dramas this year too. Last but not least you can add to the list your favorite comedy-drama in the comment section.