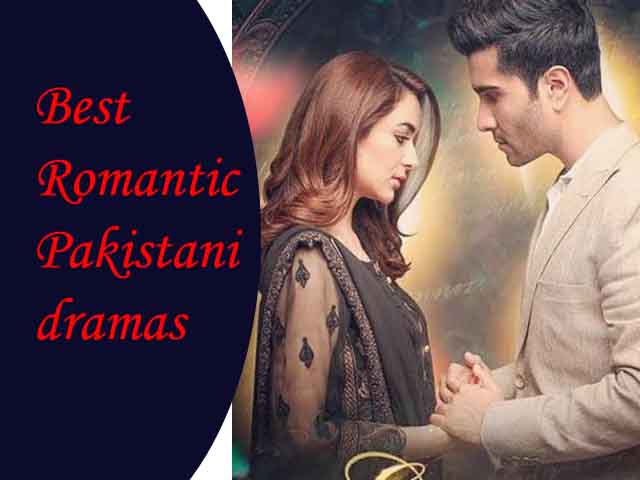 When it comes to romantic Pakistani dramas you must agree with this, The Pakistani television industry has made us cry, laugh, and fall madly in love with their beautiful stories and dialogues.

The scriptwriters have written so beautifully that these romantic Pakistani dramas have gain accomplishment across the border. There are a lot of emotions and masala in Pakistani dramas, but many of them are based on true stories as well. Furthermore, If you want to watch most romantic dramas serials that the Pakistani television industry has ever produced for you.

Hum TV released the serial from March 2015 to October 2015 with 33 episodes. Diyar-e-Dil is a story of a broken home reunited by Wali and Farrah. wali and Farrah the grandchildren of Agha khan have shown the led role in the drama this is one of the best romantic Pakistani dramas ever produced by the TV industry.

Do Bol is romantic Pakistani drama aired on ARY Digital, Following The story is about a rich girl Geeti and a poor boy Badar. Badar was servent at Geeti house and had feelings for Geeti. They become the victims of their circumstances and destiny led them to spent whole life together. Geeti hated Badar at the start but later fall deeply in love with him.

A romantic Pakistani dramas presented on Hum TV in 2018. It is an odd story of girl Noori and Bhola who is mentally challenged. Noori wanted to marry Sahir a local shopkeeper but eventually, get married to Bhola. Later she deeply falls in love with his noble personality.

The serial originally aired on A-Plus TV from March to October 2015. It has a total of 20 episodes. The story is about forbidden love, hatred, and money-driven character. which faces a love triangle between Yousuf, Madiha, and Zulaikha. you will definitely enjoy this romantic Pakistani drama.

One of the best romantic Pakistani dramas we have seen ever. Humayun Saeed made us fall in love with Mohid and his firm love for Anmol that finally won her over. The drama serial aired on ARY Digital in March 2016 which compromises 25 episodes.

A Romantic Pakistani drama presented on Hum TV from September to March 2012. This drama serial is a must-watch when it comes to original love stories and there hasn’t been another serial to date, that shown love so strongly. The story revolves around the trials and tribulations of a wedded pair Khirad and Ashar.

A story of discovering love and how love can change a person. There are two people, conflicting in thoughts and financial status and a female protagonist. The romantic drama serial broadcasted on Hum TV from November to May 2013.

The story is about forbidden love where the family of the boy is rich and works in a traditional manner where they think that the rich people have the right to live with dignity and do not consider the feeling of a poor girl. The romantic drama aired on Hum TV.

The story follows the love of Saba Shafiq who is unknown to her cousin Mortaza, subsequently, she deeply loves him besides this he thinks of her as a friend only. Saba Shafiq’s obsession starts with Irtaza when his marriage is fixed with Saba’s sister Saman.

The story of Baandi drama revolves around a young girl Meeru. eventually, she suffers a lot. because of the harsh nature of the society towards the lower class and especially out of sight slave culture that still exists among us. in addition to this, The drama was telecasted on Hum Tv.

If you like best romantic Pakistani dramas and yet haven’t watched any of these dramas listed above then you should start watching them now. will creating this list and compiling all the dramas and selecting which one is best is not an easy task. we had to look into so many factors in order to suggest something to your visitors.

you can add your favorite romantic drama into the list by telling us in the comment section. we will be glad to hear from you.