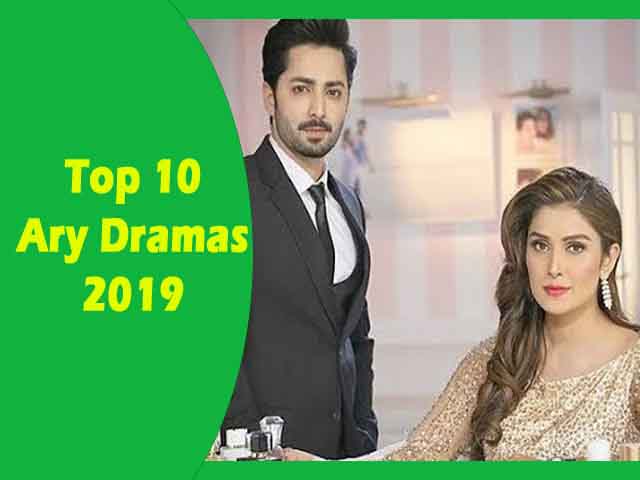 Ary Dramas is watched all over the world. Because of the latest technology and the service of the internet nowadays it is very easy to get access to ARY dramas. The therapy entertainment industry is working hard and tirelessly to give the best and entertaining content to its viewers and make them stick to the television. The actors also work hard to give their best and make the content more beautiful.

Nowadays in dramas, the main focus is issues of our society which is the major reason for providing quality entertainment. Ary dramas were also the topic of discussion on different events and platforms. Evens those who are not interested in watching dramas. These also attract them. Some of the ARY dramas got a massive appreciation from the viewers. These dramas not only provide good content but also a good memes to the people on social media.

Writer: Faiza Iftikhar
Director: Kashif Nisar
Producer: MD Productions
RanjhaRanjhaKardi is one of the best dramas of ARY written by Faiza Iftikhar and directed by Kashif Nisar starring Iqra Aziz, Imran Ashraf, and Syed Jibran. It was one of the iconic dramas in the history of television. The story of the drama revolves around the beautiful and idealist girl. Noori belongs to the poor family, whose living was by picking garbage but she was not comfortable with that environment. So she moves to the city and starts working in the factory for a better life and after a few times, she meets a mentally abnormal guy whose name was Bhola.
After the success of the drama, the public started discussing it everywhere. Even now people discuss it when talking about good dramas.

Writer: Khalil-ur-Rehman Qamar
Director: Nadeem Baig
Producer: Six Sigma Plus
Mere Pass Tum ho is Pakistani romantic drama television series written by Khalil-ur-Rehman Qamar and directed by Nadeem Baig. In this drama, Danish(Humayun Saeed) is a simple man with high moral values. He works as a government officer and earns RS 65,000 monthly. His whole world was only his wife and son. He loves them so much that his income was not that high but he tries to give every happiness of the world. This drama broke all the previous records of ratings. Its dialogue loved by the general public. Its character has gained a lot of popularity which rarely dramas get. It is discussed on social media and other media platforms. It is considered as bold and unconventional.

Writer: Umera Ahmed
Director: Haseeb Hasan
Producer: Epic Entertainment
It was the much-awaited drama of the year. Alif is based on Umera Ahmad novel. The big reason that viewers were waiting for this is the comeback of Hamza Ali Abbasi after a long time. Most important and attraction of this drama was its storyline. Alif is a kind of spiritual and religious drama. It shows the love for the god. Alif dialogues and characters have won the heart of the audience completely.

Writer: SarwatNazir
Director: Syed Wajahat Rauf
Producer: Six Sigma Plus/Next Level Entertainment
Do Bol was the most loved drama in 2019. The entire journey of the characters and story shown in such a manner that viewers also involved in their journey. The fast pace and characterization of this drama added to appeal and viewership. The OST of this drama also went popular. Multiple episodes of this drama aired every week which also was another reason why people enjoyed watching it. That they don’t want to miss any single episode of this drama.

Writer: ZanjabeelAsim Shah
Director: Badar Mehmood
Producer: Big Bang Entertainment
Cheekh also glued its viewers to the television from the first episode. The reason was that there was a thriller, mystery, and drama all rolled into one. The storyline revolves around a young woman whose friend dies under mysterious circumstances. This drama also went popular that even those who don’t watch Pakistani dramas often watched it and loved it. Bilal Ashraf shown in a negative role which he nailed completely.

Writer: ZanjabeelAsim Shah
Director: Badar Mehmood
Producer: Big Bang Entertainment
Balaa was the top-rated drama of the ARY digital. This drama kept the viewers engaged and it also had a big message for all the narcissists people. Besides, the story revolves around young women who exploit and manipulate everyone. Indeed, this drama shows that sometimes man to get married to controlling women who destroy their lives. This drama got unparalleled popularity. Some people were also of the opinion that this drama successfully highlighted that a bahu too could put her saas through the worst. Like other dramas in this list, Balaa too got a lot of ratings and was the most hit drama on ARY digital.

Writer: SameenaIjaz
Director: Ahmed Bhatti
Producer: iDream Entertainment
Kaiashainaseeban popularity skyrocketed from the first episode. Through this drama, the maker tries to highlight the issue which is rarely touched by Pakistani writers. Kaisa hai Naseeban showed the story of a girl who gets married abroad and ill-treated by her in-laws who were also her relative.

The best part about this drama was not just the journey but also the ending. Unlike other such dramas in which women are shown in a miserable condition, this one gave the main protagonist an ending which gave a ray of hope to all these women who are in the same similar circumstances. Ramsha khan performance gave her unprecedented popularity. Muneeb Butt and Uzmagillaniplaye a negative characters With precision and left their mark.

Writer: Naila Ansari
Director: Rubina Ashraf
Producer: Six Sigma Plus
According to the writer Naila Ansari drama serial Ruswai is
based on the true and heartbreaking story of the rape survivor. The drama cast feature’s Sana Javed
as Sameera and MikaalZulfiqar as Salman play her husband. The drama is also based on the rituals of the watta satta. The audience felt very emotional while watching this drama, from the heartbreak to frustration to the helplessness and the realness of it all.

Naila Ansari the writer of this drama in an interview talk about the storyline of the drama and how it is a true story. She told me that “It was a big tragedy and it happened at Do-Darya (place at Karachi)”. A father saves his son’s life and he asked me to write about it. I was living in Dubai at that timeAnd have no idea about the ground realities of Pakistan”. So the writer Naila Ansari turned the story into a family drama. She further added that for the writer it is important to produce thought-provoking content. In such cases, if the girl comes back what is the reaction of family and society? Especially for us, rape is a stigma

Writer: Zafar Mairaj
Director: Ahmed Bhatti
Producer: Abdullah Sethi
Qurban is the story about Heer, Jamal, and Shahmir three individuals entangled in an intensive love triangle. Heer, played by Iqra Aziz, is a bubbly and bright girl hailing from a rich household. She falls in love with a fellow student Jamal(Bilal Abbas) who although intelligent and hardworking, is extremely poor.

Writer: AdeelRazzaq
Director: Ahmed Bhatti
Producer: Abdullah Seja(IdreamEntertainmet)
Thorasahaq is one of the most hit and watch dramas serial on television. Thora sa haq is one of those dramas which people might criticize for some reason or the other but they cannot ignore it. This is not the first time that Ayeza Khan and Imran Abbas have been seen together in a drama. Their onscreen Jodi has won people’s hearts many times. They started working together in tum Kon Piya. The fast pace of a drama makes a huge difference.

There are some dramas which are written well and have a lot to offer but they are so slow that people get bored. There are many viewers out there who watch dramas solely for entertainment so for them how fast the story moves forward makes a big difference.