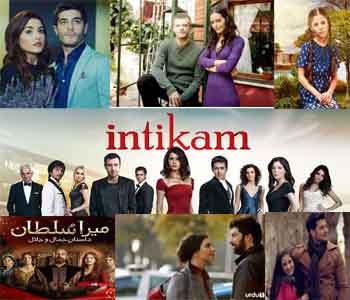 After the Pakistani dramas, Turkish dramas in Urdu are the only dramas that got a lot of admiration in Pakistan. Watching Pakistani dramas on repeat and finishing whole drama series overnight, sometimes, there is a lag and every single drama starts feeling, looking and sounding like all the others. But thanks to Geo TV that brought these best Turkish dramas in Urdu in Pakistan and allow us to experience something else, something that does not follow a similar theme, culture, and location.

A lot of Turkish dramas in Urdu aired on Pakistani TV channels and earned fame in Pakistan because of their quality, storylines, beautiful locations, charming culture, handsome heroes and glamorous girls. All these features give the Turkish dramas supremacy on the Pakistani drama series.

Let’s have a look at all the best Turkish dramas in Urdu that set a record in the Pakistani drama industry.

The story revolves around forbidden love and relationship. In the story, a much older man falls In love with a young girl whose mother fancies the older man.

Ishq-e-Mamnoon is broadcasted on Urdu 1 channel in Pakistan and broadcast initially on Kanal D a Turkish TV in 2008 and 2010.

A Turkish Romantic drama in Urdu broadcast on Show TV and on YouTube in Urdu dubbed.  The romantic story revolves around a workplace in a multinational fashion company.

In the story, you will find how people in power manipulate and abuse people and how their power affects the lives of other people. Fatima Gul is a heartbreaking tale that will make you cry.

The story is based on the life of the Ottoman Sultan and his spouse who was once a slave girl and became a Sultana.

Intikam is a beautiful Turkish drama in Urdu. The story revolves around a strong girl, who seeks to take revenge on everyone who had made her father wrong and to release her father from prison for a crime he didn’t commit.

The thrilling story revolves around finding the murder of a policemen story whose father was shot down by someone.

The heartbreaking story of a 6-year-old girl, who is in danger of being sold to pay the debt of her stepfather and her mother leaves her alone.

A story relatable in which it is shown how this cruel word not letting lovers to get together and make love. The story of two people who fight long to keep their love alive.

A family story in which a mother was penalized for 20 years of prison. The family head tries a lot to clear the name of her wife and get her free.

A young girl who falls in love with a rich man in such a culture where status is everything. An emotional thrilling drama in which a girl dies for her love.