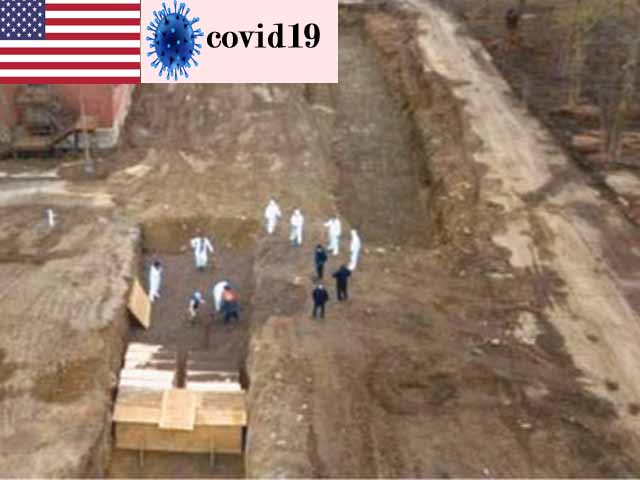 The number of people affected by the deadly respiratory epidemic reached 1.7 million across the world, the US remains on the top of the chart with the largest number of patients. More than 3,000 people have died in the United States until now.

“Some Pakistanis have also died in other stated”, told by Pakistani Embassy’s spokesperson Zoobia Masood. “we are still collecting information about how this disease has affected the Pakistani-American community.”

The statistics released in New York show that this deadly virus has a great impact on different ethnic minorities. In the Hispanic community, the number of deaths is 34 percent, which is the highest. Followed by African-American, 28%, Asian-American is 7 percent which includes Pakistanis and Indians.
The local community has established a free food distribution campaign for the defenseless peoples and those who are above 50. Who are unable to do groceries. The statistics display that more than 90% of deaths have occurred in this old group.

A Pakistani-American physician Dr. Sarfraz Memon, said that living in overcrowded areas like New York and using public transport increase the chance of getting affected by the deadly virus.

Dr. Sarfraz noted that most of the public in large cities favor to eat out and our desi restaurants have the worst situation of cleanliness, which increases the spread of the virus.

During this quarantine period, our community has to stay at home and follow the instructions issued by the state.

Opinion poll| should Asim Bajwa to be made the head of CPEC Authority?

The Future of Ecommerce in Pakistan